As the US election draws near, commentators are predicting a surprisingly clear outcome. This owes
itself in part to a wave of high profile supporters leaving Donald Trump, including condemnations of the Republican candidate by GOP aligned factions such as the US Chamber of Commerce (USCC) and US Hispanic Chamber of Commerce. With business interests traditionally all backing the Republican nominee for President, their sharp criticism and in some cases support for Clinton appears a major blow to the Trump campaign. But is the Democratic nominee’s platform actually more business friendly than Trump’s, or has the weight of scandals finally told?

Officially the USCC never takes sides in Presidential elections, but with Washington’s largest lobbying budget, the mere inference of support or criticism can make a huge difference. Its criticism of Trump has been notably vehement. It live tweeted rebuttals to one speech in June, and has accused the candidate of “not knowing what trade really is,” as well as positing that his policies would send the United States into another recession. And as the faux pas’ have piled up for Trump, the list of business interests backing Clinton gets longer. The number of senior chief executives backing the Democratic nominee now vastly outnumbers those backing Trump.

The Hispanic Chamber of Commerce head has dubbed her the ‘first small business President’, all the big tech companies have backed her in droves, and one of her chief financiers is billionaire Warren Buffett. Yet some of the key tenets of his economic policies, limiting international trade deals and closing tax loopholes for businesses (the same ones Trump has exploited in the past) are shared with Clinton. So what’s driving this divide, and what’s the real line on the presumptive winner’s business policies?

It’s worth noting that business decisions don’t always factor down to who has the best policies. Trump’s rhetoric has left many companies and CEOs in an awkward position where even notional support would conflict with their brand image.

There is no harm for tech companies who are traditionally progressive and left-leaning in openly supporting Clinton. But as brands have become more personal on social media to connect with young people – take Ben & Jerry’s and Starbucks supporting marriage equality, for example – key members of those companies declaring for Trump could be disastrous PR. The fact that Skittles felt the need to post a retort to Donald Trump Jr’s migrant comparison is evidence of this delicate balancing act: even ignoring the appropriation of your brand is seen as tantamount to supporting a position.

This campaign has been especially unusual however in that Trump has willingly risked and discarded traditional support by attacking Wall Street and big industry. The balancing element of large tax cuts for the wealthy hasn’t taken hold, and his opposition to Obama’s policies mean businesses already doing well have reason to be worried.

While Hillary Clinton has doggedly rejected claims of close ties to Wall Street, the foundations of her economic plan involves higher wages for the average worker. But the bulk of her policies are essentially an extension of Obama’s: a slightly more expansive, forward looking outro to his 8 years of economic recovery. And according to many analysts, those policies are working for business, even if they leave the average voter short-changed.

Most parties agree that the threat of another recession has gone, household income rose last year, and unemployment continues to fall. Recent research meanwhile shows that the economy performs consistently better under a Democrat, particularly taking the last four Presidents (two from each party) into account. Fundamentally, the US economy is now safe enough to experiment with means to alleviate national debt and bolster social programs.

Wages however have stagnated and many more jobs are being advertised than there are people available for. Too many jobs are low paid retail or customer service types, which while making corporations wealthy are not contributing in any great sense to the US economy. Mean household income is still down from the late 90s, while inflation has meant that money doesn’t go nearly as far. The ultimate goal then is to increase employment and strengthen existing jobs, while making sure businesses get a fair deal too.

For workers under a Clinton administration, this chiefly means better jobs and better wages. Businesses have been promised tax incentives if they share more of their profits with employees, and the cost burden of vital services like child care will be alleviated. For prospective female and minority business owners, lessons will be learned from New York’s successes in providing support and incentives to kickstart passion projects.

Manufacturing towns that have been beguiled by Trump’s message of real change, encouraging new tech businesses to create products locally, just as China is scaling back its manufacturing efforts. One such industry is clean energy, which Clinton hopes will be the backbone of the United States’ economy as the country shifts away from imported fossil fuels.

A massive federal scheme to improve the country’s infrastructure across roads, rail, broadband provision and more will create jobs and provide a tangible logistical benefit to businesses. It also hopes to be the cornerstone of new industry, with better travel and internet speeds allowing digital businesses to set up anywhere in the country, not just clustered around tech hubs.

Like Trump, Clinton has also promised to significantly reduce paperwork and other red tape for small businesses, as well as extending tax credits for healthcare provision. The Democratic candidate has leant heavily on stories of her small business owning father during the campaign, so it stands to reason that her small business pledges will be fulfilled if she gains office.

The main benefit to business however is a strong economy, and this will be the priority for a Clinton administration. Higher wages mean happier and more productive workers, which is great for business. But on the most basic level it also means more money to spend on consumer goods and longer term investments. That combination of spending and contentedness tends to drive growth, as businesses perform better and the market grows for new goods and services. 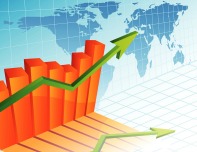